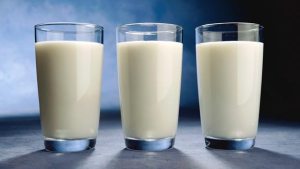 The Test leads the patient through an 3-5 months rotation diet. The patient learns to avoid food he/she does not tolerate and to replace it by tolerated food. The patient will receive its own individual food profile. He/She will be able to avoid and replace specific food and to recognize the correlation between certain food intake and health.

The test detects IgG Antibodies (please do not confuse with IgE mediated food allergy!) against 176 food antigens. An increased IgG Titer points to an immunologic reaction against antigenic targets derived from single food allergens which were presented to the lymphatic system by passing through the intestinal barrier into the blood circulation.

Please note, that this is not a detection method for acute IgE mediated Allergies as observed in atopic reactions especially in children !!

In the total sum of increased antibody titers we can also detect those allergens which lead to delayed reactions ( 8 hours after food intake).

The hypothesis is that every individual shows is own specific and individual pattern of food tolerance/intolerance like a fingerprint.

The immune system of every individual reflects those reactions by normal/increased antibody titers. The development of increased titers could be caused by intestinal barrier insufficiencies such as Leaky Gut Syndrome, which allows macromolecules to penetrate the barrier. This could result in several pathologic reactions, such as allergies, metabolic disorders, endocrinologic irritations up to auto-aggressive reactions.

The test is based on enzyme immuno assays (EIA) which can detect intolerance to up to 181 Food antigens. The detection system is a scanner which can specifically detect increased antibody titers (IgG) in blood serum. A software program allows the semi quanti¬tative detection of titers which are the basis for the therapy program.

Comments:     The expected results show an individual pattern of reactive antibodies against food, which are disposed in several groups. In cooperation with a consulting for a balanced diet the interpretation of the Food Intolerance Test is the most successful.